The rally car racing industry is huge. While it might seem less popular than Formula One, football, tennis and other major sports in the limelight, rally car racing has an incredible fan base. Rally races are unlike anything else in the world, and test the driver’s speed, endurance, reactions and timing. It’s one thing to take a corner, but it’s another to do it in mid-air over muddy roads.

As much as the winning formula needs the right driver, it also needs the right car. Competition for the number 1 position is always fierce so here are 5 top rally cars that made history.

Beginning life as a normal family car, nobody would have ever expected their school-running, quick commuting humdrum machine to turn into a global superstar. The Escort RS1600 is, most would agree, one of the most successful rally cars in history. It earned its place in the history books throughout the 1960s, competing fiercely in rallies around the world, until its ultimate glory in 1970. The London to Mexico World Cup Rally was so intense, and so difficult that only 23 of over 100 cars made it to the end. The first of which, was the RS1600. In fact, a quarter of the cars that finished were Escorts! 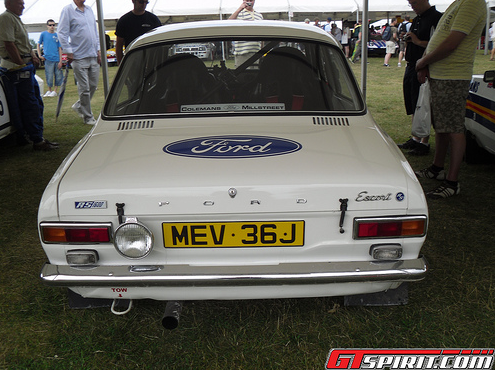 The Ford Escort is an iconic rally car.

As with any industry, there are the legends. Legends are the competitors that everyone looks back on with a smile, and warms hearts with nostalgia of how they brought something special to their sport. The Audi Sport Quattro is without a doubt a legend of the rally world. Thanks to expert engineering of their 4 wheel drive, the Quattro had amazing traction control on the treacherous rally terrain, helping it set a world-record time on the prestigious Pikes Peak Hill Climb. Its innovation kept it ahead of the game for years, leaving contemporary competitors in the dust, snow and mud.

Among the newest car on the list, the Suzuki Escudo boasts an incredible Twin-turbo V6, and nears an incredible 1000 horsepower. The Suzuki was born to attack the Piles Peak International Hill Climb record, and beat all previous record times with ease. Sorry Quattro, but this cult-car is still breaking those records today. Nothing seems to be able to touch it!

It’s no wonder that the Stratos took home three championship titles. Looking under the hood, the V6 Dino engine from Ferrari made it a mean machine. The ultra-light fibreglass body and extremely wide wheel base made it incredibly agile, especially when taking corners. The Stratos, unlike previous competitors, was literally just designed for the rally course. It was a pure-bred pedigree that had nothing more on its agenda than to bring home some titles, and that it did in style.

You knew it was coming; we just saved the best for last. Even people with limited knowledge or awareness of rally cars will know the iconic blue and gold of the Impreza. With the world famous Colin McRae behind the wheel, the Impreza seemed to take the limelight for a full decade, from the 90’s into the 2000’s. Subaru’s reputation from this car has established it in production models too. 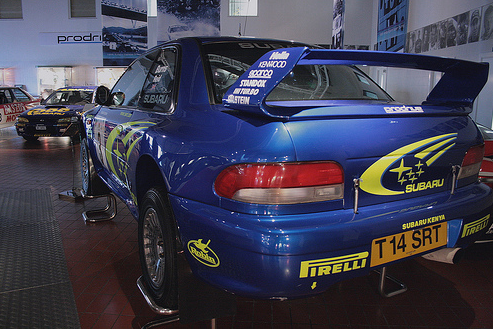 Perhaps the most famous rally car of all?

Each ground breakers in their time, these cars are the result of extreme skill and engineering. It isn’t just any car that qualifies for a history-making status. It’s not all about winning races either; iconic cars just have that little bit of something extra about them.

Maybe it’s timing, maybe it’s luck, a lot of it is the skill of the driver. Whatever it is, these five cars have got it, and all of them have made rally car history.

Why not try your own rally driving experience? Visit this Facebook page for further information.