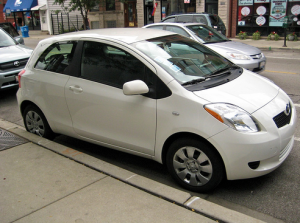 The Toyota Motor Corporation has been in business since 1937.  As of 2011, the company has 325,905 employees worldwide, is the 11th largest company worldwide according to revenue and is the 3rd largest automobile manufacturer.  In the summer of 2012, Toyota made its 200,000,000th vehicle.

Since 2002, the Toyota Camry has been the best selling vehicle throughout America.  The 2013 Toyota Camry has a 5 star rating from the NHTSA.  A whopping ninety percent of all the Camry’s that have been sold in the last decade are still on the road today.  As of the summer of 2013, there have been an astonishing 10,000,000 Camry’s sold throughout the United States.

The only place in which the Toyota Matrix is manufactured is in Cambridge, Ontario- the award winning Toyota plant in Canada.  The Matrix comes in front wheel drive or all wheel drive.  The 2010 Toyota Matrix has room for five adults to sit comfortably and has more rear cargo space than many other mid sized sedans.

The Toyota RAV4 has been around since 1996 in North America.  The Toyota RAV4 started off as a mini SUV until 2005 when it became a compact SUV.  The RAV4 EV is an all electric variant of the RAV4.

The 2013 Toyota Sienna was designed in the state of California then engineered in the state of Michigan and manufactured in the state of Indiana.  The Sienna is a mini van that was made as a replacement for the Toyota Previa.  The third generation Sienna received an award from the Insurance Institute for Highway Safety as a top safety pick.  The newer generation of the Sienna comes standard with the STAR Safety System, brake assist, vehicle stability control and electronic force distribution. 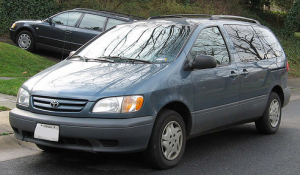 The Toyota Tundra is manufactured in San Antonio, Texas.  Since 1999, it has been exclusively assembled solely in the United States.  In 2012, the Toyota Tundra was responsible for pulling the Space Shuttle Endeavour across the ManchesterBridge on its way to the CaliforniaScienceCenter.

The Toyota Venza was introduced in 2008 at the North American International Auto Show in Detroit.  The Venza is manufactured in Georgetown, Kentucky.  The Venza is well known for its standard safety features including brake assist, Smart Stop technology, traction control and vehicle stability control.  It also comes equipped with seven standard airbags.  In 2009, the Insurance Institute for Highway Safety gave the Venza the award for Top Safety Pick.

The Toyota Century is a limo that is made mainly for the Japanese market.  The production of the Century started in 1967.